HOW TO SPOT A FAKE CUBAN CIGARS ?

This guide will help you tell fake Cuban cigars from the real thing.

One of the questions I’m often asked by other cigar smokers is, “How do I know if I bought a box of fake Cuban cigars?” It’s a good question because, even though on October 14, 2016, the U.S. Treasury Department announced that they had removed the limits on bringing Cuban cigars and rum into the United States from Cuba and other countries, there are still plenty of counterfeit Cuban cigars to be had – or to put it another way – to be duped.

Online is still restricted, but restrictions or not, the desire to smoke Cuban cigars continues to tug at the heartstrings of American cigar smokers. Is it because they’re still considered “forbidden fruit,” or is it that many cigar smokers believe Cuban cigars are the best? I believe it’s a combination of the two. And Havanas have never been all that cheap, either. That is, unless you’re approached by a hustler who will sell you a cheap box of so-called “Cubans” while vacationing, most likely somewhere in the Caribbean. Chances are, they’re fakes, and what’s that old saying, “A fool and his money. . .?” More on that later.

Yes, at one time Cuban cigars really were the best and had virtually no competition. Zino Davidoff learned this first-hand in the early part of the 20th century, and was the first European cigar retailer to introduce Cuban cigars to the world. Naturally, when he began selling cigars under his own name, he had them made in Cuba.

Today Cuba still produces some of the world’s best cigars, but countries like the Dominican Republic, Nicaragua and Honduras, where many Cuban tobacco-growers relocated after the Castro regime nationalized the tobacco industry in 1959, have leveled the playing field by making Cuban cigars just another option.

Don’t Do The Hustle

Despite the fact that the Dominican Republic, Nicaragua and Honduras manufacture most of the world’s best cigars these days, cigar smokers still jump at the chance to buy Cubans. Ironically, even in Havana there are almost as many counterfeit Cuban cigars as the legit smokes. The streets are filled with hustlers looking for a mark to whom they can sell a box of Cubans for way below retail. The line these hustlers use to close the sale is usually something like, “My brother works at the El Rey Del Mundo factory. . . yadda-yadda-yadda.” In some very rare cases, the cigars are the genuine article, having been snuck out of the factory, but the sucker who thinks he’s getting Montecristo, Romeo y Julieta, or Cohiba cigars is more likely getting cigars rolled with cheap tobacco that didn’t even come from said factory; they may even be machine-made cigars.

Since you’re more likely to purchase fake Cuban cigars in places such as the Caribbean, the hustle goes something like this: Some bad actor buys a bundle of cheapo cigars made in the Dominican Republic or elsewhere, sticks phony Cuban cigar bands on them, places them in a most likely counterfeited Cuban box, and sells them to a sucker for as much as he can bleed him.

In both of the aforementioned cases, the mark doesn’t realize he’s been ripped-off until he lights-up one of his prized purchases, or tries to share one with a cigar smoker who knows the difference. Presuming the mark is an experienced cigar smoker, he’ll be even more livid that he allowed himself to be suckered. But enough about the hustle; let’s get to the heart of how to spot fake Cuban cigars.

If the packaging looks suspicious, the contents probably are, too. Familiarize yourself on how Cuban cigars are packaged, and you greatly reduce the chances of being ripped-off. For example, the popular Cuban brands like Cohiba, Partagas, Punch, Hoyo de Monterrey, Romeo y Julieta, Montecristo, et al., all feature the “Habanos S.A.” seal on the top right-hand corner of the box. No box of Cuban cigars leaves the country without it.

You also want to make sure the box has the Cuban warranty seal of authenticity on the left side of the box. This is the familiar seal you see on all boxes of handmade cigars from Central America. They look a little like paper money and printed in different colors. Of course, just about anything printed on paper can be reproduced, and with today’s technology, it takes a really well-trained eye to tell the difference. To help prevent this, in 2010 Habanos S.A. designed a new seal using watermarks, a super-strong adhesive, a hologram on the right side of the seal, and a bar code on the left.

Look for the Cuban seal of authenticity with a hologram and bar code to help you avoid fake Cuban cigars.

If the hustlers are going through the trouble of counterfeiting the seals, you can bet the bands have also been faked. A reader of mine once sent me a box of counterfeit Arturo Fuente cigars and it was obvious the bands had been cheaply printed, most likely on a laser printer. Even the box was wrong, which I’ll get to shortly. Although many fake Cuban cigar bands may look authentic – and in some rare cases are – it’s not unusual to find bands with spelling errors, poor alignment, the wrong color and/or typeface, missing embossing, and in the case of fake Cohiba cigars, the wrong size or number of white squares on the band. The band is often the first place your eyes will go, so the more familiar you are with the genuine bands and their specific attributes, the sooner you’ll know how to spot fake Cuban cigars.

A great example of how Cuba has dealt with preventing the counterfeiting of bands can be found on the Cohiba Behike cigars. Cohiba has been using a security hologram band featuring the head of an Indian since 2010, but in 2014 they added additional data that allows consumers to identify the original brand from any country in the world, while also providing information on the distributor and bill number, among other details.

In 2014 the holographic bands on Cohiba Behike cigars were updated to include even more detailed information to stop counterfeiters.

Now, about that box of fake Arturo Fuente cigars. It had a sliding glass top. Some fake Cohibas are presented this way, too. The fact is, the Cuban cigar industry doesn’t make cigar boxes with glass or even clear plastic tops. If someone tries to sell you a box of Cubans with a glass top, that alone should be a red flag.

One of the most important areas of the box to check is the bottom. A genuine box of Cuban cigars should have all of the following five attributes:

Not unlike counterfeit cigar bands, the bottom of the box may be missing some of this key information; it could have typos, and may even be printed with different fonts.

There are two ink-stamps on the bottom of Habanos boxes. One is a secret code that tells the industry which factory made the cigars. The other is the month and year when they were boxed. The dates are not in code and the year is simple enough. The system started in 2000 with ‘00’, then ‘01’ and so on. However, note also that the months are Spanish abbreviations, not English.

Pricing can also be a tip-off to spotting fake Cuban cigars.  If the price sounds too good to be true, it probably is. So get to know the relative prices on the top Cuban brands, especially the ones that are most often counterfeited like Cohiba Edición Limitadas, Cohiba Behike’s, Montecristo No.2’s, and Partagas Serie D No.4’s, among others. If someone tries to sell you a $300 box of Cubans for $50 or even $100, odds are they’re not the genuine article.

Unless you’ve actually smoked a good number of genuine Cuban cigars it’s easy to be fooled, especially if the counterfeiter got everything right but the cigars. So what can you do? There are certain attributes about Cuban cigars that differentiate them from non-Cubans. First, the feel and look of the cigar. Cuban wrappers tend to be naturally oily with a smooth, buttery appearance and entirely even in color. The veins should be very fine or barely visible. With the exception of figurados like Pyramids and Torpedoes, the caps are often more flat than round, and always tripled seamed. The foot should be a perfectly straight, clean cut. When smoked, the ashes tend to be entirely grey and devoid of any black fragments. True, a lot of cigars made outside of Cuba many of these same attributes, but if your Cuban cigars are missing all or most of these attributes, they’re most likely not of Cuban origin.

Newer 10 Things Every Cigar Smoker Should Know
Back to list
Older WHAT IS CUBAN CIGAR? 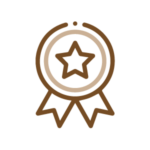 The exquisite collection of Premium cigars with well-maintained high-quality standards at cigar.pk 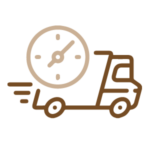 Free delivery on all orders above 5000 RS. Delivering your smokes at your doorsteps. 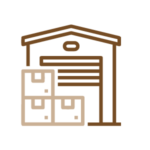 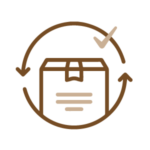 Guarantee purchase returns within 48 hours in case cigar is not what customers order or defected. 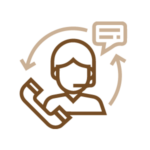 Our support team is ready to answer all your questions. We are available via email, phone, or chat. 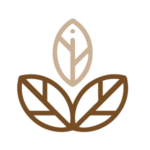 You must be 18 years of age or older to view page. Please verify your age to enter.

I am 18 or Older I am Under 18
Start typing to see products you are looking for.

Nation-wide Free Delivery on all Orders above Rs. 5000 | One-Hour delivery in Karachi on selected Items

Got it!
X
Shop
Wishlist
0 items Cart
My account